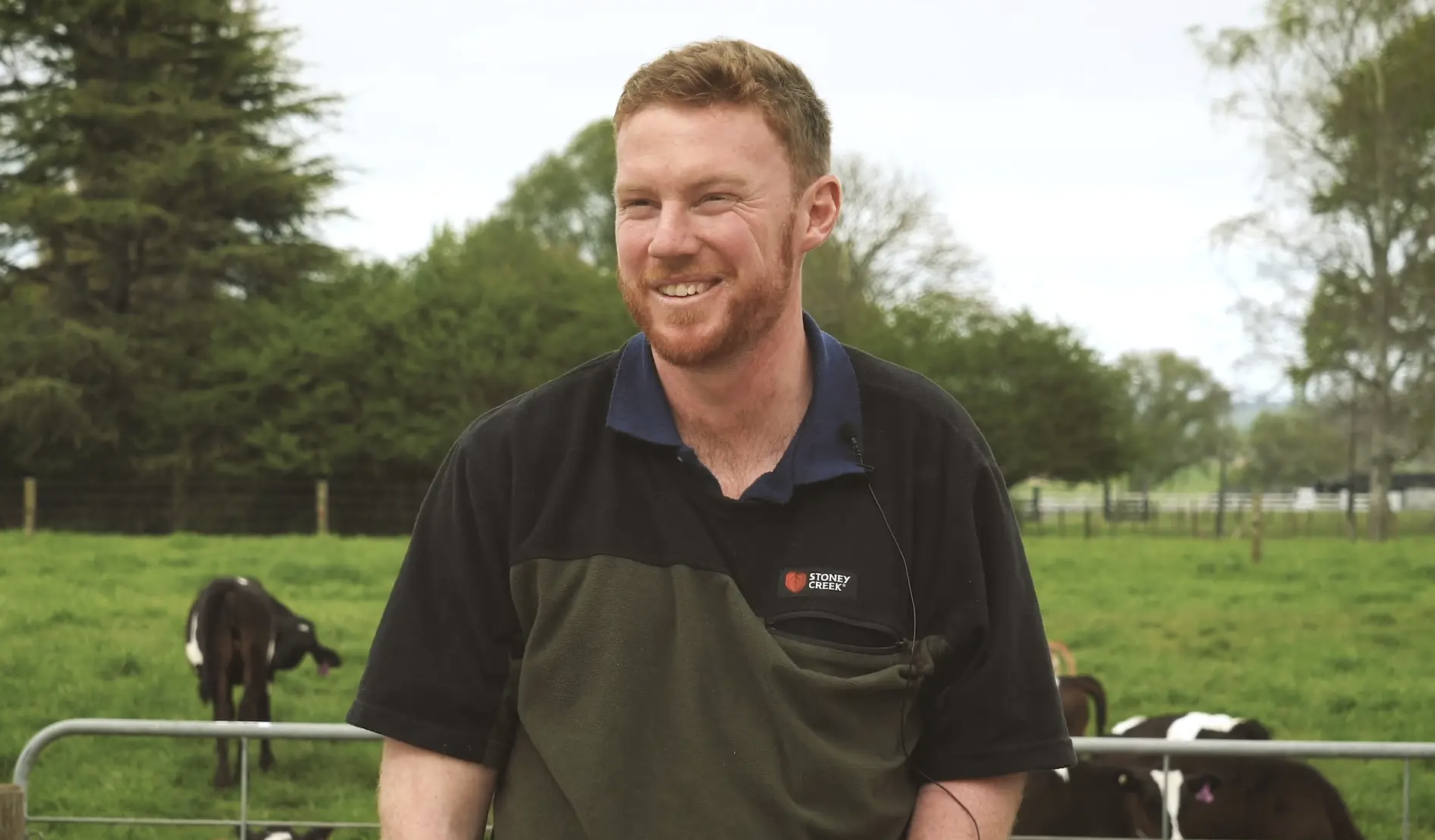 In the Waikato region Richard Waugh has been utilising a Three Way Cross in his 330 cow system 4/5 dairy farm for over seven years now. His herd produces and average of 550ms – 560ms with the exception of his Viking Red (Three Way Cross) animals which are out preforming his herd average with their own average of 600ms.

Originally crossing Friesian to Jersey Richard was very happy with the outcome, however Richard quickly found that upon putting Jersey back across his crossbreed animals he didn’t seem to get the results he was hoping for. This was caused by the loss of Heterosis or Hybrid Vigour. Richard was not interested in crossing back to Friesian due to the live weight so instead decided to introduce a third breed.

Overall Richard Waugh plans on continuing with his Three Way Cross herd, this season introducing some Montbeliarde genetics to add a bit of strength and components to his Friesians, utilising some polled Jersey genetics with a good stature and some high udder score Friesian genetics from Samen NZ.

To see Richard Waughs full interview about his experiences with a Three Way Cross herd head over to www.samen.co.nz/richard-waugh

Viking Defence, The Key To Superior Health, Fertility and Heterosis in your New Zealand Crossbred Herd.

The release last season by Samen NZ of the Viking Defence genetics range offers the Dairy Industry a crucial component to preparing the national herd for the New Zealand Veterinary Association’s NZVA goal: That by 2030 New Zealand Inc. will not need antibiotics for the maintenance of animal health and wellness.

Viking Defence offers dairy farmers a unique opportunity to gain rapid genetic improvement on health traits including resistance to mastitis. This program has been running successfully in all Scandinavian countries since the 1980’s and while Scandinavia has some of the lowest rates of mastitis and antibiotic use in the world, they are among of the highest ranking countries for per cow production.

With many grazing herds operating throughout Scandinavia it makes a perfect fit for New Zealand’s future prosperity. With the launch of a Three Way Cross breeding program that offers a potential increase in feed efficiency of around eight percent (as proven recently in a study conducted by the University of Minnesota) through optimising heterosis and improving health and fertility. The benefits of the Three Way Cross breeding programme coupled with the outstanding mastitis resistance of the Viking Reds enable us to offer dairy farmers the fastest access to rapid genetic gain for health traits.

In a paper presented at the World Red breeds Conference; Australian grazing data collected from almost 250 herds was found that the Three Way Cross utilising the Viking Reds are achieving an astonishing empty rate of only three percent.

Craig McKimmie Samen NZs genetic program manager recently returned from a tour of New Zealand styled grazing herds in seven different countries. While overseas Craig visited some world leading, grazing based, seasonal calving herds of various breeds including many Three Way Cross herds. Pictured is one of the herds Craig visited in Bjerringbro Denmark, as you can see the cows are so even with beautiful udders and capacity. This herd of 460 cows grazes 16 hours a day for the 9 months of the year possible and produce an average of 9500 litres at 3.7% protein and 4.7% fat.

Craig explains the most exciting thing to note about this herd is that they only mate for eight weeks, they have an empty rate of around 5% with almost no cases of mastitis and they do not use dry cow treatment, teat seal or use any antibiotics on this farm. This farmer in particular had travelled to New Zealand and borrowed a few ideas from down under including tail paint, rotational grazing and a tight calving window.

What an exciting future for New Zealand dairy farmers now being able to utilize world leading science and genetics to take their dairy farming operations to the forefront of world dairy production.