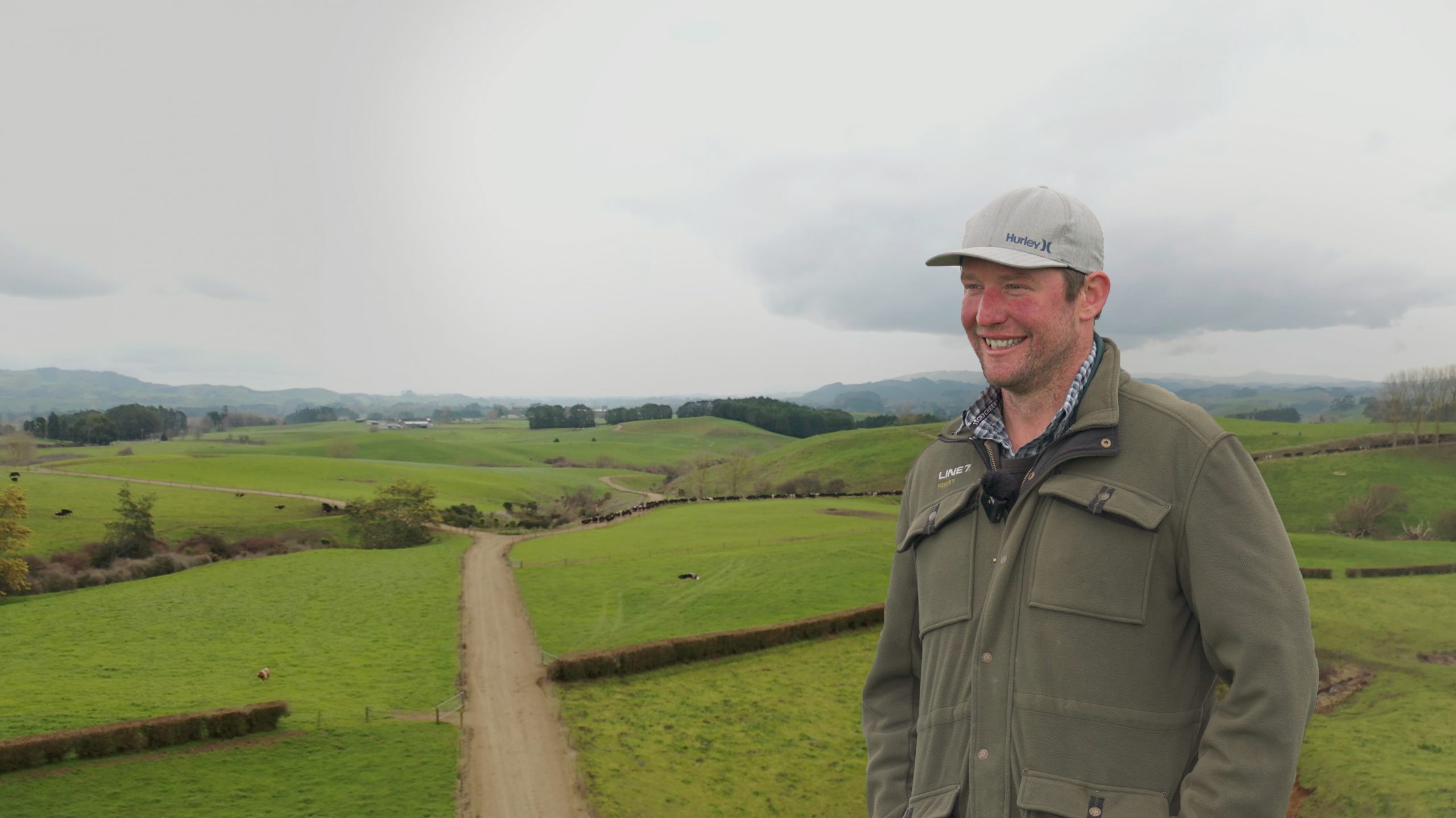 Maungatautari dairy farmer James Dallinger has admirable goals when it comes to his herd’s breeding strategy – and his use of technology ensures the cows are on the mating platform at the optimal time, every time.

James Dallinger, an equity farmer on his 220ha Waikato farm, is striving to reduce the number of bobby calves born to the 580-strong herd, while increasing genetic gain. An electrician by trade, he is always interested in what technology is available to the dairy industry. In his third season using Senztag CowManager, it has allowed him to pinpoint the cows’ heats with precision. Full AI mating lasts 10 weeks, which
he hopes to reduce to nine weeks going forward. His Samen representative Victor Kooter has categorised the herd to three bull
teams based on conformation: Red team, Blue team and Beef; the latter being undesirable to breed from. “With this coding system we should end up with a more uniform herd,”

James says. He spends the first four weeks mating for replacements but if a good cow comes on heat in the fifth week, they will still mate her for a replacement. After that, all mating is to beef – the low end of the herd not worth breeding future replacements from. Sexed semen goes to the better producers in the herd that have historically held to their first mating, and have no health issues in the current season that could compromise conception. Samen Belgian Blue short gestation genetics are used to ensure all-beef calves are of good quality. “Sale prices for the Belgian Blues have been great so far,” he says. “We have definitely noticed the demand for them is getting stronger year-on-year. “With help from Trudy Bensted the Samen NZ Dairy Beef Coordinator, we have been matched with a buyer for the coming season, so all our beef is taken care of – it is a great step in the direction of our journey to zero bobbies.” 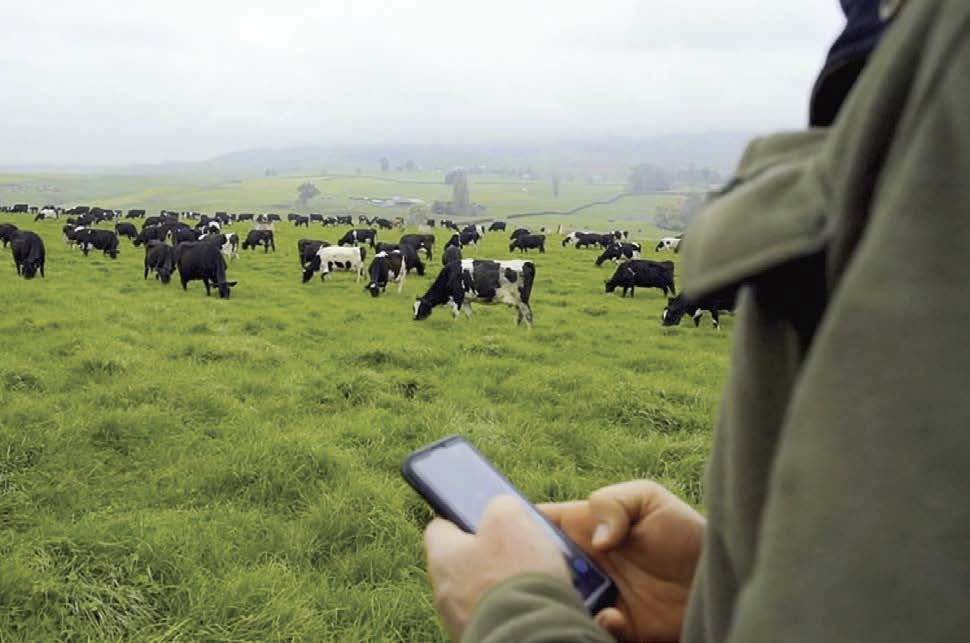 All of the good, strong Friesian bulls calves born are sold as four-day-olds. James says historically the herd produces between 130-140 replacements, but that is by mating everything for replacements and keeping everything. “This season, with the new regime, we have kept 150 replacements with the use of sexed semen,” he says. “In the coming season we may have more, as our R2 heifers have been put to AI to enhance our genetic gain. ”He is happy to witness genetic gain in increased efficiency, fertility and longevity, rather than a breeding worth number.

Now three seasons into using CowManager, he is enjoying making decisions based on the data generated by the software. He uses two of the system’s three modules – health and fertility – which provide accurate information about the herd via an ear sensor which can be placed into the cow’s ear in a single action.

Any suspicious behaviour – measured by movement, variance in body temperature or a change in eating and ruminating patterns – is tagged within the system and then compared against the herd or group average for that particular time of day, or any longer period being analyzed. Over time, the system builds up a stronger picture of each animal and becomes increasingly accurate. James uses the health module year round, identifying potential health issues before they escalate. “This software is so powerful, especially around calving time where we are really monitoring cows,” he says. “CowManager is great for identifying
metabolic issues and treating symptoms before they become a problem. “Being able to identify issues and treat them sooner means there are fewer down cows.”

The fertility module is where he can get the most out of the premium genetics he invests in, lowering insemination costs and increasing pregnancy rates. When a cow becomes agitated and delivers movement patterns synonymous with oncoming oestrus, the system verifies actual oestrus by comparing the temperature variation against the current average of the herd. It then compares recent movement activity against the patterns most symbolic of oestrus behaviour.

It is this process that guarantees the system provides accuracy in helping farmers identify the absolute best time to inseminate individual animals. “As we’re using more sexed semen, pinpointing the timing of heats is more crucial than ever,” he says. “With CowManager, the precision of mating is increased; the efficiency of the software makes it cost-neutral.” Cows that are alerted in CowManager for heat reasons can be requested for drafting via Protrack Draft Integrate in the next milking.

All cows on heat are drafted into a pen, onto the platform and mated. “It’s just easy,” he says. “The technology allows us to maintain the one-person operation of our 50-bail rotary shed. It’s so easy to use, anyone can step in.

“Staff spend less time in-shed and more time at home with their family.”