The Future of Efficiency 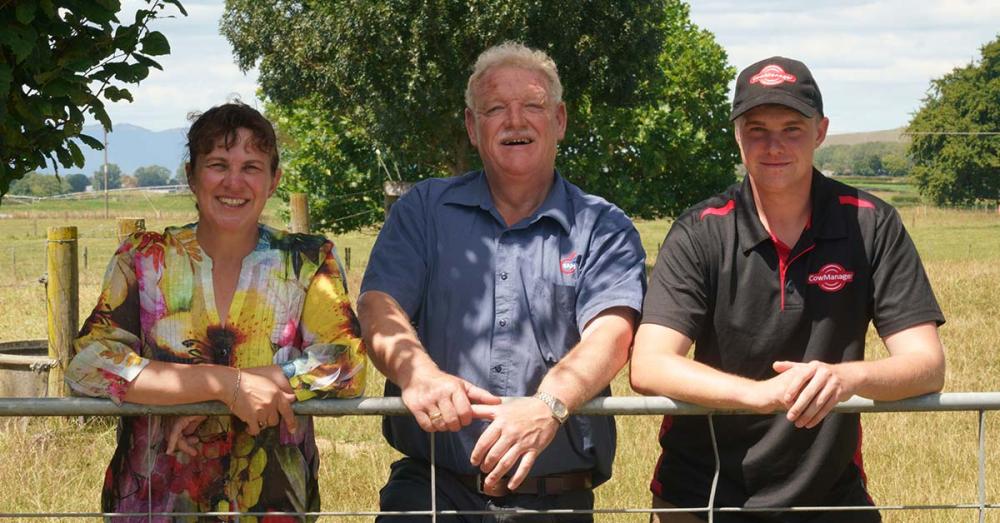 Cees van Baar’s passion for NZ and its dairy sector is his driving force when it comes to using genetics as a game changer.

Arriving in a foreign country with nothing but a suitcase of clothes and $50 in your pocket can make or break a person, but for Samens managing director Cees van Baar, it was his initiation into an industry he has championed for almost 36 years.

Born in the Netherlands, Cees arrived in New Zealand at age 20 to fulfils his dream of becoming a dairy farmer in the country leading the industry globally.

“There is no better country in which to be dairy farming,” Cees says.

“New Zealand has got to be the dairy farming Mecca, I love NZ agriculture.”

His grandparents were dairy farmers before moving into floriculture and market gardening, so there were few opportunities for him to one day own a dairy farm in the Netherlands.

Nevertheless, Cees graduated from Agricultural College and immigrated to NZ to pursue his dream.

He was sponsored by a family on the Hauraki Plains, starting as a farm assistant before going on to contract milk. Within three years of arriving in NZ, he bought his first herd of cows and spent the next four years 50:50 share-milking.

During that time he met his wife Annie, who was visiting NZ as an exchange student from the Netherlands.

The couple returned to the Netherlands when Cees took on a role as export manager at genetics company K.I Samen.

“It was great to be able to use my education in the breeding industry and I set up markets in the UK, Ireland and Denmark before moving into Asia and South America,” he says.

However, the frequent international travel proved demanding and it was during this time that he came across the opportunity to form his own company and return to NZ.

BSE, or mad cow disease, was prevalent in the Netherlands and other European countries from 1993-97, restricting the sale of semen products to importing countries such as India.

He saw an opportunity to supply these countries with product from NZ and returned in 1997 to form Samen, with the help of K.I Samen founder Bas Engelen.

Since then, Samen has grown to become the third largest dairy genetics company in NZ.

“I am so grateful to be part of a sector that gave me such a valuable opportunity,” he says.

“I didn’t come here to waste time and not work hard, so to see the company move from strength to strength is rewarding.”

He admits the focus of the company is different to what it was 25 years ago.

“I’ve started to become one of these old people who has seen a lot of change,” he laughs.

“When I first came to NZ, I thought we could produce five times more milk, that we needed more cows and that our potential was not being reached.

“Now, I have three children who are telling me, ‘dad, we’ve got to think of this planet’.

“My focus now is to look at how we can use genetics to solve the environmental issues facing the dairy industry.”

Cees says he spends little time focused on political agendas that reinforce a negative public perception of the dairy industry.

“We are often faced with a double standard,” he says.

“The Ministry for Primary Industries (MPI) says we have to milk 15% fewer cows to reduce environmental impact, but instead of saying we need 15% fewer cars to reduce emissions, they suggest ways to make cars more efficient.

“That’s what I want to do – use breeding genetics to make cows more efficient, so we can continue to grow the industry.

“Currently, we are a sitting duck for environmentalists. NZ as a country needs to look to countries who have made the most progress in certain areas, and we need to do that quickly.”

He says improved genetics will help NZ farm fewer cows per hectare with the same level of production, while reducing methane through feed efficiency – but we will not get the genetic gains we want by reusing the same bloodlines.

“Farmers get stuck on one breed because they are led to believe it’s right,” he says.

“Currently, NZ cross-breeding programs are already seeing hybrid vigour fall below 50%, and lower, due to inbreeding.

“When we introduce a new breed, hybrid vigour increases to 86%, translating to better health and efficiency.

“NZ has bred efficient, fertile cows that produce a good return on grassland farming, but the biggest genetic gains are made when we introduce new genetics – so we need to keep doing that.”

Cees says Samen has the ability to select from a huge pool of genetics, imported through 12 different companies.

“We have access to thousands of bulls because of the scale we now operate at,” he says.

“And now with genomics, we can get very specific about what we want. We aim to have a world-leading product line with traits not only suitable for NZ cows, but traits that lend huge prospects to the NZ dairy industry.

“In the past, we have always looked at what the breeder wants, rather than what the national herd needs.

He says some exciting new bloodlines coming through include VikingRed, used as part of a three-way cross with Friesian and Jersey, to encourage superior health traits such as mastitis resistance and udder health.

There is also an excellent dairy beef opportunity in the Alpine breeds of French and Swiss origin that excel as dual-purpose animals to produce excellent meat, as well as milk.

“Currently, NZ’s dairy herd is not that capable of breeding a good beef animal within the dairy-beef industry,” he says.

“The Alpine breeds are more efficient in turning pasture into milk and meat. Being able to produce both milk and meat means better utilisation of protein and less excretion of dietary nitrogen into the environment.

“We can also increase the quality of NZ dairy-beef by using double-muscled breeds such as the Belgian Blue.

“New Zealand has the potential to improve the efficiency of the beef industry by better utilising dairy beef. Animals such as Belgian Blue crosses can be slaughtered before their second winter, which is economically attractive. We will also reduce bobby calf numbers.

“In this way we can produce more milk and meat and at the same time continue to reduce emissions.”

Outside of work, Cees is passionate about two very quintessential Kiwi pastimes: fishing and rugby.

“When I first came to NZ, we went out fishing with Young Farmers and I just couldn’t believe how beautiful the scenery was, and how clear the water was,” he says.

“I had gone fishing with my dad in Holland, but the sea there was so murky and unappealing.

“I absolutely love the sea, and I had already decided when we moved back to NZ that the first thing I would do was buy myself a nice boat – and I did.”

Cees attributes rugby to helping him settle into life in NZ.

“When I arrived at age 20, I was asked ‘you’re young and single, how are you going to socialise – church or rugby?’” he laughs.

“I said rugby, and there was soon talk around town about a big, tall Dutch boy who might be keen to play rugby.

“I made a lot of friends through rugby, which made me feel at home in NZ. In Ngatea there wasn’t a lot happening, but you could always talk about rugby.

“I played for eight years, and I still love watching the All Blacks and the Chiefs.”

Cees and Annie have three sons aged 13, 17 and 21. Their eldest son is close to finishing a Bachelor of Ag Commerce at Massey University and works at Samen’s sister company Senztag, while the younger boys attend high school in Hamilton.

Cees says he is excited about the future of dairy genetics in NZ.

“We can tackle all these perceived issues, using a cross section of genetics in the mix,” he says.

“Our farmers are just rapt with their genetics … they have to take you on trust at first, but the company has gone from strength to strength, and I think that speaks for itself.

“I’m glad it turned out to be a success, I didn’t come here to fail.

“I don’t like the word repaid, but the success of the company has given me the feeling that I am doing my bit for NZ.”